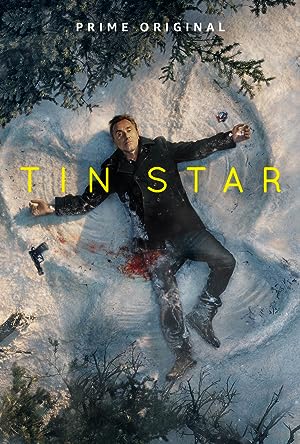 Tin Star (2017–)
60 min|Crime, Drama, Thriller|29 Sep 2017
7.3Rating: 7.3 / 10 from 9,995 users
Ex undercover UK cop turned police chief of a small town in the Canadian Rockies does what he must to defend his family from those in power whether it's the oilmen, the preachers or the gangsters.
Actors: Tim Roth, Genevieve O'Reilly, Abigail Lawrie, Christina Hendricks

A British Police Officer becomes the New Chief of Police and moves his family to the Canadian Rockies. But as new faces appear around the sleepy town, and an Oil Company with the promise of big money coming suddenly appears; the small Canadian town begins to see violence and crime erupt. After tragedy strikes, secrets emerge and the fight begins. Welcome to Little Big Bear.

The series focuses on Jim Worth, a former Metropolitan Police detective who becomes chief of police of a Canadian town in the Rocky Mountains. It stars Tim Roth, Genevieve O’Reilly, Abigail Lawrie, Oliver Coopersmith and Christina Hendricks.

The series premiered on Sky Atlantic on 7 September 2017, and became available on Amazon Video internationally on 29 September. Series 2 premiered 24 January 2019. The third and final series will take place in Liverpool, England. Production for the series commenced in 2019, with it expected to be screened during 2020.